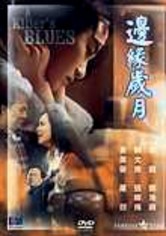 1993 NR 1h 30m DVD
Lung Ti stars in this action thriller from director Raymond Lee as Ming, a guilt-ridden assassin who adopts the daughter of a man he was contracted to kill just before he's incarcerated for the hit. When he's finally paroled years later, Ming must find a way to explain his sordid past to his daughter (Olivia Cheng) and avoid the temptation of going back to a life of crime. Lieh Lo and Roy Cheung co-star.