A Letter to Dad 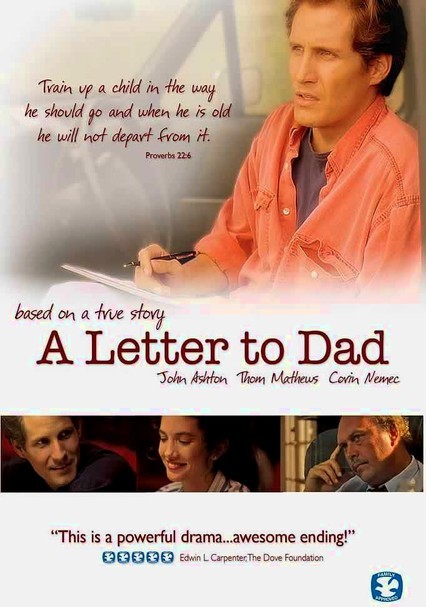 A Letter to Dad

2009 NR 1h 30m DVD
Armed with plans to propose to the woman he loves, Dan Donahue (Thom Mathews) steadies himself to pop the question. But for some reason, he can't get past the pent-up anger he still harbors toward his father (John Ashton), who left him long ago when he was just a boy. In the process of writing a letter to his father to work through his feelings, Dan comes to startling conclusions about fatherhood and faith.