A Life Without Pain 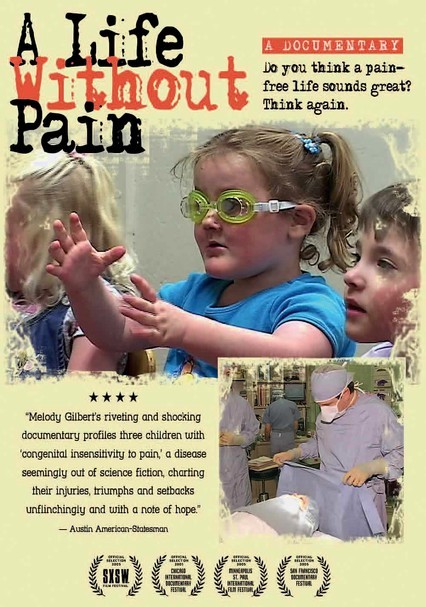 A Life Without Pain

2005 NR 1h 13m DVD
Documentarian Melody Gilbert follows the daily lives of three girls -- a 3-year-old Minnesotan, a 7-year-old Norwegian and a 10-year-old German -- who share an extremely rare disease: congenital insensitivity to pain. Despite the efforts of their vigilant parents, these girls live in constant threat of bodily injury. This moving film was an official selection of the 2005 South by Southwest festival and was featured on "The Oprah Winfrey Show."