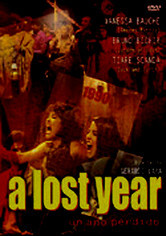 1993 NR 1h 31m DVD
Student movements in Mexico during the 1970s form the backdrop for a film that celebrates the friendship between two high school girls who have each recently moved to Toluca, a provincial capital city in Mexico. Against all odds, they manage to retain their friendship despite both falling in love with the same boy. But it is what becomes of their relationship after he dies that is truly remarkable.