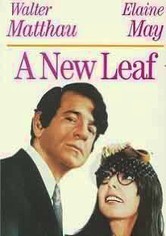 1971 G 1h 42m DVD
Self-centered New York playboy Henry Graham schemes to marry a wealthy woman -- and then kill her. But when his new bride proves to be an innocent klutz, Henry starts to change. Soon Henry is disposing of his self-serving ways instead of his wife.