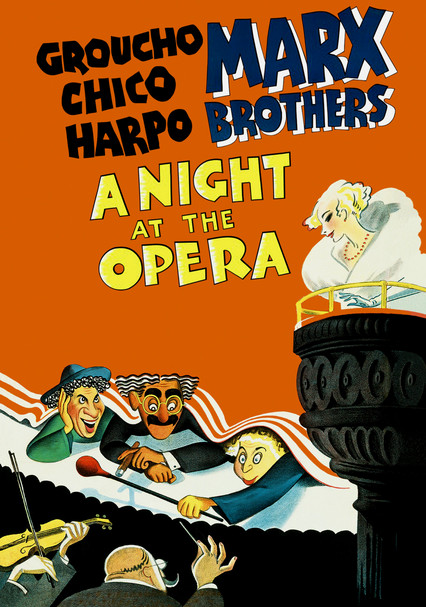 1935 NR 1h 32m DVD
The Marx Brothers -- Groucho, Harpo and Chico -- wreak havoc in the opera house in one of their biggest hits. Penned by Morrie Ryskind and George S. Kaufman, the film contains perhaps the greatest Marx comedy bit ever: the crowded stateroom scene. Kitty Carlisle and Allan Jones are charming as the singing romantic leads whom the Marxes help transform into big-time opera stars. This was the first MGM film for the Marxes.

Parents need to know that children studying piano may especially enjoy Chico's speciality -- playing the piano while his fingers do acrobatics. And all children will enjoy learning that the stars were real-life brothers, who performed together for most of their lives.