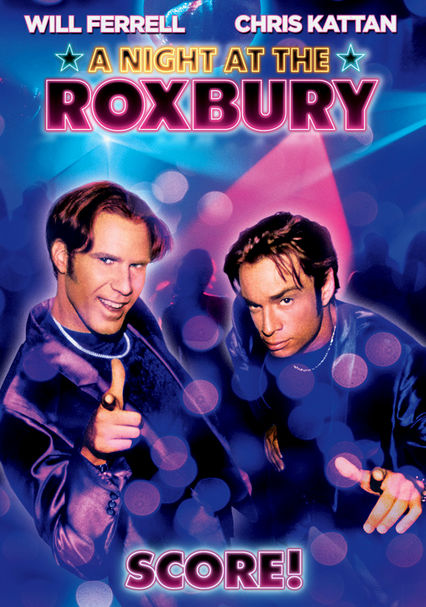 1998 PG-13 1h 21m DVD
Chris Kattan and Will Ferrell extend their "Saturday Night Live" skit about dimwit club-goers Doug and Steve Butabi, who gain entry to the swanky Roxbury nightclub after a run-in with Richard Grieco.

Parents need to know that this comedy is based on an incredibly lowbrow sketch following two club-going brothers who bob their heads, bump into and harass women, and have no greater goal than to make it past the velvet rope at the Roxbury nightclub. As with most broad comedies, there are close-ups of cleavage and sex (or lack thereof) jokes in several scenes. It's not the base potty humor of similar comedies, but it's dumbed-down comedy that's a better fit for teens than tweens.

There are close-ups of bikini-clad women at the beach and the Butabi brothers wear thong-like Speedo swim briefs. In one extended scene, the brothers are in adjoining rooms about to sleep with women they met a club. Steve puts his hand on Emily's breast; they are heard briefly having sex. During a comical sex scene, Emily (clothed) has a laughably loud orgasm and then slips under the covers (oral sex is implied).

Security officers throw the Butabi brothers out of a nightclub and an office building.

Doug and Steve stay focused to make their dream of getting into a prestigious nightclub come true.