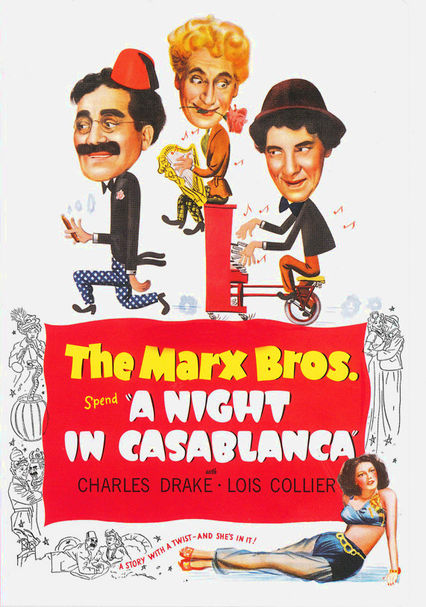 1946 NR 1h 25m DVD
Groucho, Harpo and Chico Marx pull out all the stops in this hilarious satire of Humphrey Bogart's Casablanca. Nazi loot is hidden somewhere inside the Casablanca Hotel just as Ronald Kornblow (Groucho) is hired to become the hotel's new manager. Enter Rusty (Harpo), who's valet to the Nazi (Sig Ruman) most intent on recovering the treasure. Rusty, along with Corbaccio (Chico), helps Kornblow uncover the cache and bring the Nazi to justice.