A Night in Havana: Dizzy Gillespie in Cuba 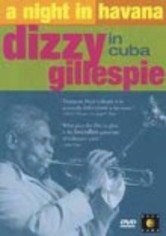 A Night in Havana: Dizzy Gillespie in Cuba

1988 NR 1h 24m DVD
One of the first jazz musicians to incorporate Afro-Cuban rhythms in big-band orchestration, trumpet legend and bebop innovator Dizzy Gillespie traveled to Cuba to headline at Havana's Fifth International Jazz Festival. In this concert film of that performance, Gillespie treats the crowd to a series of songs that draw on the traditions of Cuban music, and intimate footage captures some priceless offstage moments with the jazz giant.