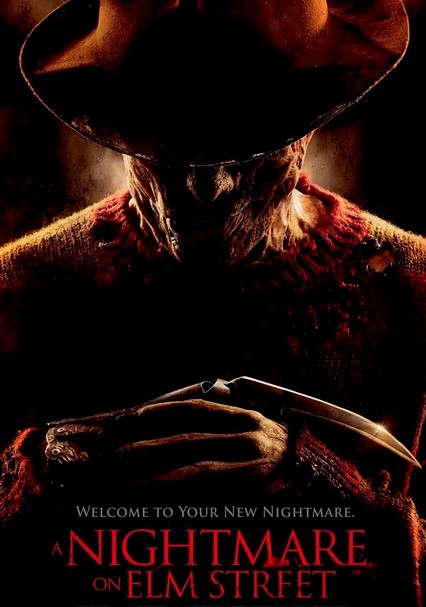 2010 R 1h 35m Blu-ray / DVD
Samuel Bayer directs this reinvention of Wes Craven's 1984 slasher classic about Freddy Krueger, a serial killer who crosses the boundary between dreams and the waking world to gut his victims with his razor-sharp blade-fingered glove. As Nancy (Rooney Mara) and her pals fight for their lives, they also uncover clues to a shocking secret from their past. Jackie Earle Haley takes on the iconic role of Freddy.

Parents need to know that A Nightmare on Elm Street -- a "reboot" of the classic 1984 slasher film, and the ninth film about "Freddie Krueger," a serial killer who attacks teens in their dreams -- contains all the expected gore (throat-slashing, burning bodies, car crashes, eye-stabbing) and nightmare imagery (like a girl sinking into a pool of blood), with a slightly darker tone than the original. In this version, Oscar-nominated actor Jackie Earle Haley plays Freddie as a more twisted, tragic figure -- a suggested child molester (though nothing is seen or even overtly discussed) -- who is taking his revenge against the people who destroyed him. The movie contains strong language (including "f--k" and "bitch") and some mild hints of teen sexuality, as well as some references to drugs (for staying awake).

No nudity or sex, but two teens are seen lying in bed together, and two other teens share a kiss. Teen girls are shown wearing tight, sexy clothing from time to time. Freddie occasionally makes some sexual remarks aimed at the teen girls.

The movie contains tons of horror violence, including throat-slashing, body-slashing, body-slamming, cigarette lighter-burning, face-slashing, burning bodies, car crashes, eye-stabbing, and severed hands. Additionally, we see plenty of terrifying nightmare imagery, such as a girl sinking into a lake of blood. This movie also hints that, in his past life, Freddie Krueger was a child molester, although nothing is actually shown or overtly mentioned.

The primary themes here are vengeance, denial, and fear. In flashbacks, it is suggested that Freddie Krueger is a child molester. Rather than alerting the authorities, the parents of his victims hunt him down and kill him. Returning through dreams and nightmares, Freddie then takes his revenge by hunting and killing the children, now teenagers.

Characters use the "Gigablast" Internet search engine more than once. A character quickly drinks a Red Bull in one shot.

Teens drink coffee to stay awake. One teen takes a prescription drug, which he describes as "basically speed for kids with ADD." Later, he steals epinephrine (adrenaline) from a hospital cart and injects both himself and another teen.