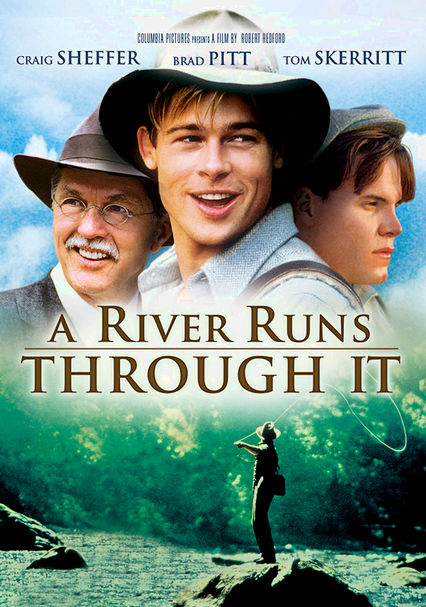 Parents need to know that A River Runs Through It is a 1993 Robert Redford-directed movie based on a story by Norman Maclean. Given that it's a movie set in Missoula, Mont., in the early decades of the 20th century, characters often are shown drinking whiskey and smoking cigarettes. Also, a Native American woman is referred to as an "Injun," and a character makes reference to "colored jazz." Early in the movie, two boys are shown dancing in a silly manner in front of several prostitutes lounging around behind a building. There are some fistfights -- characters are shown bloodied and bruised during and after the fights. In one scene, a character visiting from California drinks whiskey all night and well into the day and brings a prostitute with him on a fishing trip. They both pass out face down in the woods, buttocks exposed. The man is later shown trying to walk, unclothed and also with buttocks exposed, after getting a terrible sunburn.

A character who has been drinking whiskey all night brings a prostitute with him on a fishing trip. They both pass out, and their naked rear ends are exposed. The man later is shown trying to walk, unclothed with his buttocks exposed, after getting a terrible sunburn.

Characters get into fistfights and are shown bruised and bloodied during and after the fights.

This film shows the importance of having a shared family pastime to sustain them through good times and bad. The love of nature is shown throughout the movie. The father of the two main characters is a preacher, and he sees God and spirituality in the forests and rivers the family loves so much.