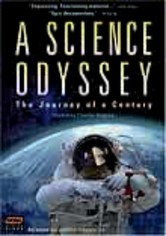 1998 NR 1h 52m DVD
Beginning with the history of the Earth itself, this fascinating installment of the "Science Odyssey" series examines 20th century debates about the origins of man, discussions that have only grown more heated with time. Highlights include the theories of continental drift and plate tectonics; the Scopes trial and the legacy of Charles Darwin; the discovery of DNA; and the ongoing conflict between religion, myth and science.