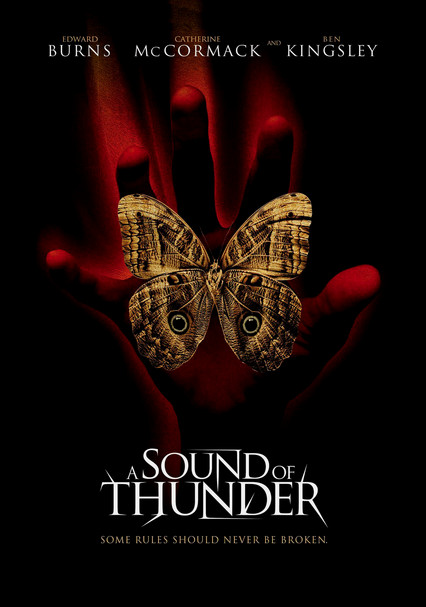 2005 PG-13 1h 50m DVD
Dr. Travis Ryer chases the ultimate thrill of hunting dinosaurs by turning back the clock with the help of a time-travel outfit. But Ryer's outing goes awry, and he's left stranded in a prehistoric past that promises to erase all hopes of a future.

Parents need to know that this movie is dismally inept: the special effects are laughably bad and the plot is incoherent. What's more, it features violence in various forms: Time travelers shoot and kill dinosaurs, and they're menaced by variously mutated creatures (half primate/half reptile, flying batlike monsters, large roach-like insects). These scenes -- in the dark among trees, in a dark and flooded subway tunnel -- might be frightening for younger viewers. A couple's one-night stand is indicated by his emergence from the bedroom in his boxers, while she appears only partly covered. One character shoots himself in the head (not graphically, but obviously), and another sacrifices himself to a herd of creatures in order to save his friends.

Before and after Edward Burns "services" a woman client offscreen, he appears in boxers.

Wholly ridiculous, including battling with badly digitized creatures (dinosaurs, monkey creatures, bat creatures), shooting at prey, a suicide shoots himself in the head (not explicit, but obvious).