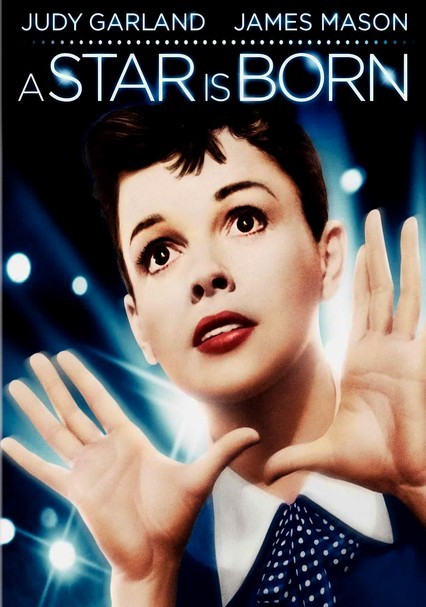 1954 PG 2h 56m DVD
When small-time stage and lounge singer Esther Blodgett is discovered by famous actor Norman Maine, she rises to the top while he drinks himself to the bottom -- leaving her with a heartwretching choice: love or her dreams.

Parents need to know that this award-winning musical has a serious story about alcoholism at its core. While the film depicts the wondrous rise to stardom of a talented, earnest young woman, it also shows the decline and ultimate tragedy of her self-destructive husband and mentor. It's about alcoholism and the deadly results of one man's addiction. Instances of drunkenness are plentiful and, given the time period in which the characters live, there is frequent smoking.

Lots of loving kisses between a husband and wife.

The movie supports the idea that without the right treatment and behavioral changes, alcoholism can be a deadly condition. Loved ones, as well as the alcoholic himself or herself, need guidance and inspiration to overcome the harmful effects of the addiction ("Love is not enough"). The film reinforces the concept that show business can be a demanding and unforgiving career.

One leading character is an alcoholic who struggles with his addiction. It ultimately costs him his career and his reputation. Many characters drink in social situations. Set in the early 1950s, smoking is pervasive.