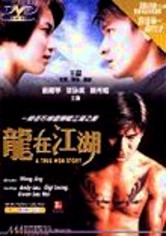 1998 NR 1h 53m DVD
Low-ranking gangster Wai Cheung-Dee (Andy Lau) inadvertently causes the death of a Triad boss and becomes a marked man in the eyes of his rivals, who are hell-bent on getting revenge. But with death-defying martial arts moves, Wai twists and turns the tables on his enemies for an exacting payback. Set in bustling Hong Kong, this action-thriller directed by Jing Wong is sure to delight true genre fans.