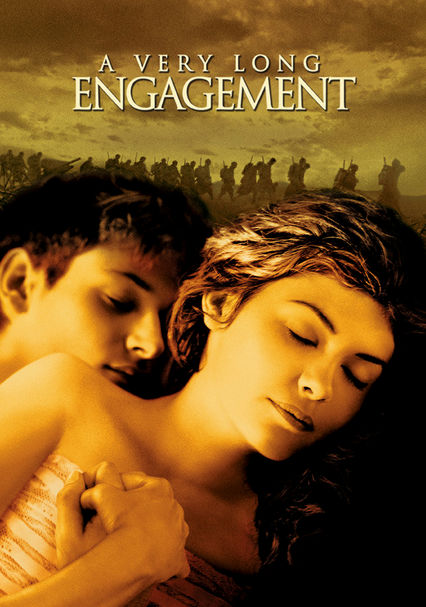 2004 R 2h 13m DVD
Amelie's Audrey Tautou stars as Mathilde, a young Frenchwoman who vows to find out what happened to her missing fiancé (Gaspard Ulliel) during World War I. He appears to have died after a court-martial, but she needs to know for sure. As she looks for the truth, she discovers unexpected things about herself and the people she meets along the way. Jean-Pierre Jeunet directs this foreign-language adaptation of Sebastien Japrisot's novel.

Parents need to know that this beautifully rendered story of romantic love set in France in the years during and after World War I pulls no punches in showing the death and destruction of trench warfare. The gruesome battle and murder scenes will be difficult for some viewers. Also, as this is ultimately -- above the layers of war and mystery -- a romance, there are brief sexual situations without nudity throughout the film as well.

While not graphic, characters are seen having sex. Halfway through the film, a character's buttocks are exposed as she undergoes a massage treatment.

An unsparing portrayal of the ravages of World War I -- the violence and death of battle is graphically shown throughout the film. The gruesome injuries of the soldiers are on full display. Also, in one of the subplots of the story, a vengeful prostitute is shown killing the men who sent her lover to be slaughtered on battlefield.

The word "s--t" is yelled on the battlefield several times.

The message that hope and love can ultimately triumph over the horror and ravages of war is portrayed in a powerful way.

Lots of wine drinking (it's France).