A View from Space 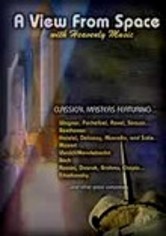 A View from Space

2006 NR 0h 58m Blu-ray / DVD
Sublime images of Earth combine with the great classical music of Vivaldi, Bach, Beethoven, Mozart, Tchaikovsky, Brahms, Pachelbel, Debussy and more in this thrilling audiovisual experience. The crew of the space shuttle &NFiEndeavor&NFi_; shot the heavenly footage, which is set to an incredible soundtrack that kicks off with Wagner's "Ride of the Valkyrie" and wraps up eight hours later with Mendelssohn's "A Midsummer Night's Dream."