A Viking Saga: Son of Thor 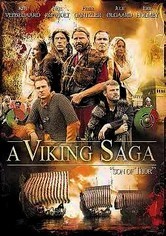 A Viking Saga: Son of Thor

2004 NR 1h 22m DVD
The sole survivor of a Viking raid on his village, young Helgi is taken in by his uncle Rurik (Erik Holmey), a traveling merchant. Years later, a trading mission takes Helgi (Ken Vedsegaard) to the kingdom ruled by the same raiders, where he meets the men who killed his family. As he plots revenge against the dangerous warriors, Helgi is amazed to encounter someone he thought he would never see again in this exciting Danish action film.