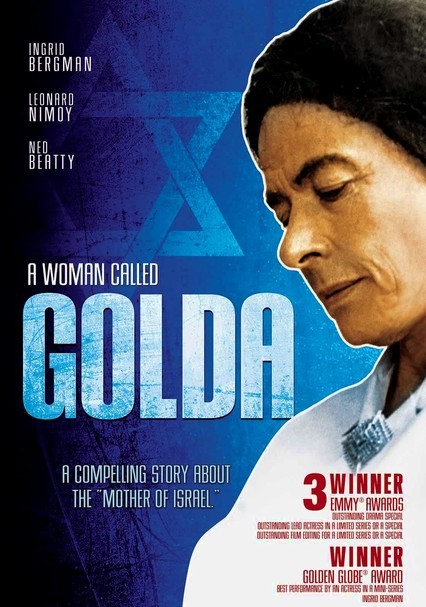 1982 NR 3h 19m DVD
This made-for-TV biopic stars Emmy winner Ingrid Bergman as Golda Meir, a Russian-born Jew raised in Wisconsin who served as prime minister of Israel from 1969-74 -- one of the most turbulent periods in the country's history. Often called the Iron Lady of Israel, the fiercely determined Meir led the nation through the 1973 Yom Kippur War and the massacre of 11 Israeli athletes and coaches at the 1972 Summer Olympics in Munich, Germany.