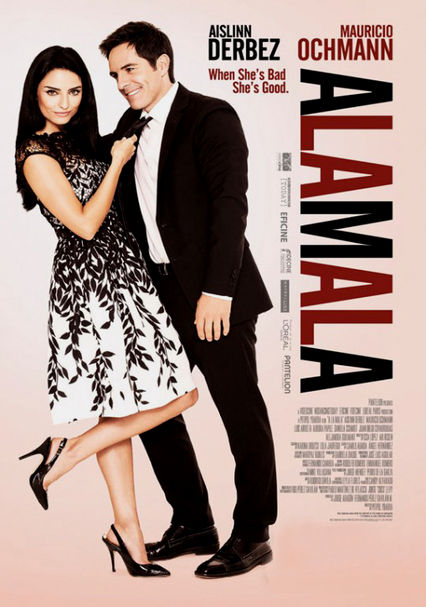 2015 PG-13 1h 46m DVD
As a favor, aspiring thespian Maria Laura agrees to try to seduce her best friend's beau to test his fidelity. Maria soon realizes that she's highly proficient at the job and begins serving an eager clientele -- until love gets in the way.

Parents need to know that A La Mala is a Spanish-language romantic comedy about a woman who makes a living coming on to other women's boyfriends to test their faithfulness. There's tons of heavy flirting, with the female lead using her body to tempt men. And characters seem to think about sex almost nonstop, with innuendo, shirtless men/close ups of appealing body parts, kissing, and implied sex (no graphic nudity). Language is infrequent but does include subtitled uses of "s--t," "ass," and more. Characters frequently drink socially, with no consequences. In some ways the main character is admirable for her ambition to find an acting role that's worthy of her intelligence and talent, rather than just her body, but she also uses her body to manipulate men. Men who are faithful to their partners are prized, and unfaithful ones aren't, but both men and women are sometimes treated as sexual objects.

Heavy flirting, and strong innuendo. Characters think about sex constantly. Kissing. Sex scene in which nothing sensitive is shown. Brief shot of a couple caught having sex under the covers. Shirtless men. Objectified female body. Close-ups on legs, etc.

Mixed messages. Sticking to your beliefs is a theme (the main character shows dignity and self-respect when looking for acting work, demanding jobs that require her brains and personality), and romantic faithfulness is praised/rewarded. But characters are sometimes treated as sexual objects, and characters use their bodies to manipulate others.