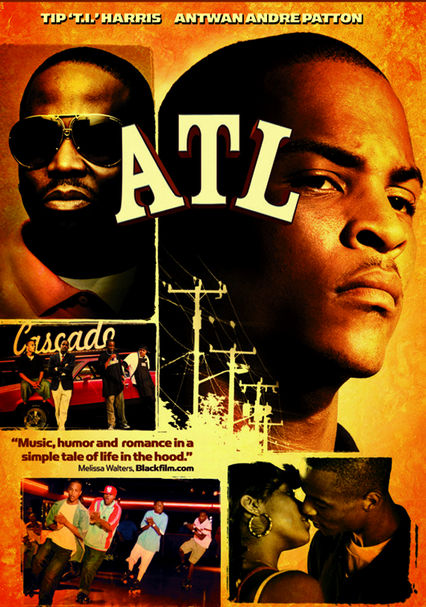 2006 PG-13 1h 47m Blu-ray / DVD
Standing at a crossroads after high school graduation, a tight-knit quartet of friends is poised to head in different directions. But no matter how far they stray, their neighborhood roller rink -- the Cascade -- will always hold the group together. Rappers T.I. and Big Boi star in this coming-of-age drama directed by Chris Robinson and based loosely on the real-life experiences of producer Dallas Austin and TLC's Tionne "T-Boz" Watkins.

Parents need to know that this movie includes frequent allusions to sexuality and young people testing limits of authority. A 14-year-old character skips school and sells drugs: subsequently, he's suspended from school, chastised by his brother and uncle, beated by a group of older guys, and shot by his drug dealer employer (shooting takes place off screen and boy does not die). Girls wear revealing clothes, their bottoms featured in several "booty" shots. We hear that two boys lost their parents in a car accident.

Menacing gangster appears throughout; brief discussion of parents killed in car crash; brief violence erupts near the end: a boy is beaten by thugs who steal his money and drugs he's supposed to sell; a dealer shoots a boy for vengeance (shooting offscreen, but the result -- his family worrying in the hospital -- makes clear he's injured).

One f-word, over ten s-words, one b-word, frequent use of "ass" and "damn," slang for sexual activity and genitalia ("titty,"booty," "cuddy"), at least two uses of the n-word; some hip-hop songs on soundtrack also include brief language.

Living in a poor neighborhood, orphaned 17-year-old looks after his little brother, bonds (and briefly fights) with his friends through roller skating, pursues his ambition to draw comics; the primary villain (a drug dealer) intimidates the community and eventually shoots one of his workers.

High schoolers drink at parties; villain smokes cigars; brief cigarette smoking in background; a couple of characters sell drugs (and one adult considers this might be a good income for the household, before his nephew argues against it);