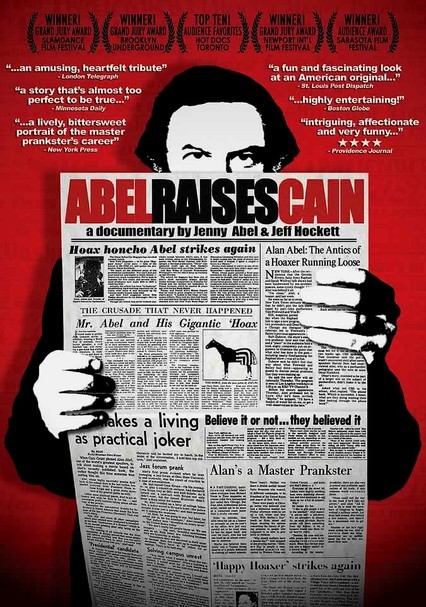 2005 NR 1h 22m DVD
After launching a phony crusade to clothe animals using the slogan "A nude horse is a rude horse," Alan Abel ended up on the front pages of newspapers across America. He became a legendary professional prankster -- and the nightmare of reporters everywhere. In this touching and amusing documentary, Abel's daughter, Jenny, turns a critical lens on her father to reveal the truth behind his gleeful exploitation of the media's gullibility.