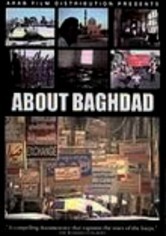 2004 NR 1h 30m DVD
See what decades of oppressive rule, poverty and strife have done to the Iraqi city of Baghdad in this fascinating documentary that examines the region through the eyes of Sinan Antoon, an artist who was forced to leave by political and social forces and who now makes his homecoming. The film offers a glimpse of a city not quite in ruins but struggling to regain its footing and find its place and role in an ever-changing world.