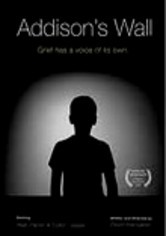 2006 NR 1h 1m DVD
Already grief-stricken over the suicide of his father, 9-year-old Addison (Colton Lasater) must now deal with the added burden of adapting to a new town and school in this deeply felt psychological drama. His response? He shuts up. But this just gets the attention of the school bully. Now, Addison's only solace comes from his father's old blanket, which he tacks up on his bedroom wall to shut out the world.