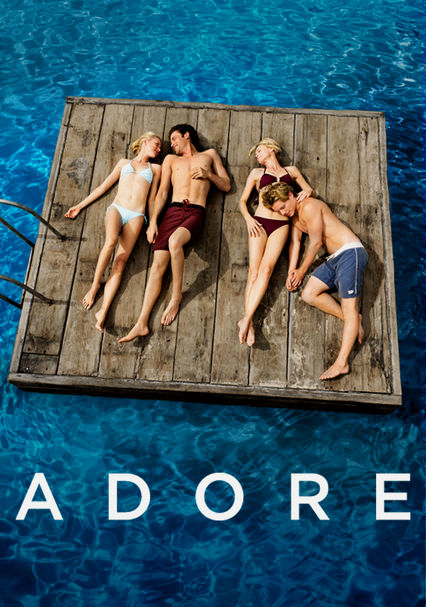 2013 R 1h 40m Blu-ray / DVD
In this seaside drama adapted from a novella by Nobel Prize winner Doris Lessing, two lifelong friends who fall in love with each other's teenage sons must carry out their affairs in relative secrecy.

Parents need to know that Adore is an ultimately unsatisfying indie drama (based on a story by Doris Lessing) about a friendship that spans from childhood to adulthood. The movie deals with mature themes, including adultery, infidelity, and sex (frequent but not overly graphic; backsides are shown, but no fronts) between couples who are decades apart in age and, more important, know each other almost like family. It may be too confusing for younger teens and tweens. Expect plenty of swearing (particularly "f--k"), as well as cigarette smoking and some drinking, including by characters who are in college but not yet 21.

Several scenes in which couples are shown having sex, sometimes with their backsides exposed. Viewers don't see genitalia, but sex acts are simulated.

Some loud arguments; a surfing accident is shown, with the man wiping out and hitting rocks.

Amid themes of adultery and infidelity, there's a message that friendships require commitment and honest communication.

Mothers drink with their college-aged sons (they're under 21 for most of the movie), sometimes to the point of inebriation. Some cigarette smoking.