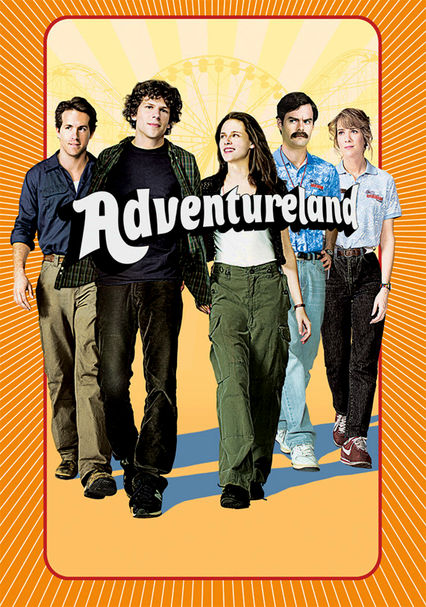 2009 R 1h 47m Blu-ray / DVD
Unable to afford the European vacation he'd dreamed of, recent college graduate James Brennan reluctantly takes a summer gig at an amusement park, only to learn that the dead-end job is excellent preparation for the real world.

Parents need to know that this is a review of the R-rated comedy that came out in theaters and not the unrated version available on DVD. From the director of Superbad, which stars Twilight's Kristen Stewart, this will definitely appeal to teens. It's not quite as raunchy as Superbad, but there's still plenty of swearing and drug use (mostly pot). You can also expect some drinking, smoking, and sex (more along the lines of heavy makeout sessions than outright nudity). Characters talk about virginity frequently and sometimes mock those who are still virgins.

Heavy makeout sessions during which couples begin to undress down to their underwear, though viewers don't see them naked. Virgins are made fun of; some appear to flaunt their sexuality even as they discuss their need to wait. A couple goes swimming in their skivvies. One character appears physically aroused.

Some yelling, arguing, and threats of physical harm. One guy flashes a knife; another tries to beat up a park worker, though his boss scares the guy off with a baseball bat.

The movie offers a refreshingly non-condescending take on young relationships.

Lots of pot-smoking among college-aged characters; they also make brownies laced with weed, then act goofy after eating them. Also, lots of drinking -- both beer and hard liquor.