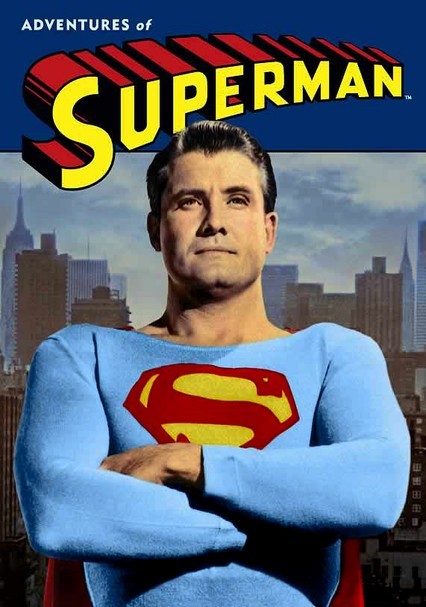 1952 TV-G 3 seasons
George Reeves (no relation to future Superman star Christopher Reeve) dons the iconic Man of Steel's cape in this live-action series that ran for six seasons in the 1950s, with Noel Neill stepping into the high heels of his love interest, Lois Lane. No one would suspect that the mild-mannered Clark Kent was one of the world's most powerful superheroes. But when evil strikes, he's a quick change away from saving the day.

Fans held their breath for the second exciting season of "The Adventures of Superman," which aired two full years after the show's 1951 debut. In the time that elapsed, the role of Lois Lane had to be recast (Phyllis Coates was replaced by Noel Neill), but most of the original characters -- including photographer Jimmy Olsen (Jack Larson) and the Man of Steel himself (George Reeves) -- were back to save the world.

Television's original Superman dons his cape to tackle adventures and vanquish the villains in aristocratic Europe, on a remote desert isle and even in a prehistoric cave. Of course, Clark Kent cohorts Lois Lane and Jimmy Olsen are also on hand.

The Man of Steel (George Reeves) returns to fight for truth, justice and the American way in the final two seasons of one of TV's first live-action adventure series. When danger calls, mild-mannered Clark Kent trades his reporter's garb for Superman's cape to right wrongs and embark on adventures that take he and gal pal Lois Lane (Noel Neill) from Paris to the Middle East and a mysterious vanishing town right here in the United States.