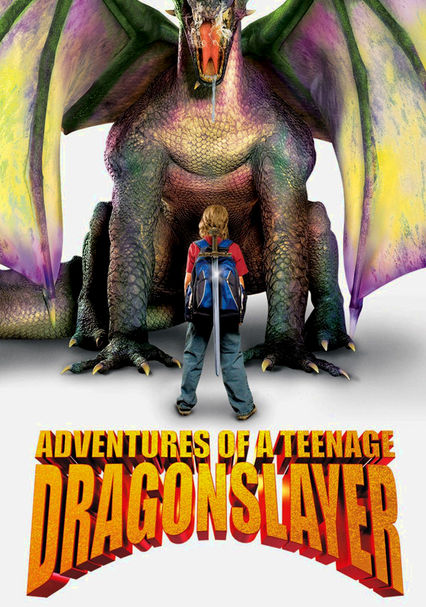 2010 PG 1h 25m DVD
On the outside, 12-year-old Arthur (Hunter Allan) looks like your typical nerd, harassed by bullies and hopelessly awkward. But a blue-skinned troll (Richard Sellers) with magic powers knows that Arthur is far above average -- and that he holds the key to saving civilization. In the meantime, Arthur has to convince his mom (Lea Thompson) that he isn't making up stories about his school's evil vice principal (Wendie Malick) and a powerful dragon.

Parents need to know that Adventures of a Teenage Dragonslayer is a 2010 movie that is a frenetic and confusing mishmash of the legend of King Arthur, Harry Potter, and card game Magic: The Gathering. It's filled with bad behavior from preteens (not "teenage" as the title says) -- bullying, name-calling, vehicle stealing, among other things -- and shows little in the way of consequences for these negative behaviors. With the exception of the main character boy's single mother, adults are cartoonish caricatures. All of this might be forgivable if the movie's story was as fun and lighthearted as the filmmakers seem to want it to be, but the attempted quirkiness of the movie is far outweighed by the negative behaviors of the kids.

Flirtation and kissing between adult characters.

Middle schoolers frequently engage in bullying and name-calling, with no real consequences for the bullying. Bullies throw lit fireworks down an outdoor sewer hole, where the target of their bullying is hiding out. Men dressed in HazMat outfits aim guns at a boy. Some cartoonish violence. A boy hangs by his underwear from a basketball hoop.

Name-calling from bullies: "numb nuts," "dweebs," "Queen Arthur," "nerd alert." A boy plays Scrabble with a troll and uses words like "butt," "burp," "wedgie," and "fart," as he explains the concept of farting to the troll. In one scene, a boy says the word "s--t," but it is half-bleeped out.

As a mishmash of King Arthur and Harry Potter filtered through the prism of immature middle school kids, puerile humor, and cartoonish adults, there is nothing in the way of positive messages in this one.

A boy tells his mother that he and his friends are brewing beer for their science project. A man suggests to a woman a romantic dinner with wine.