Adventures of the Galaxy Rangers: Vol. 1 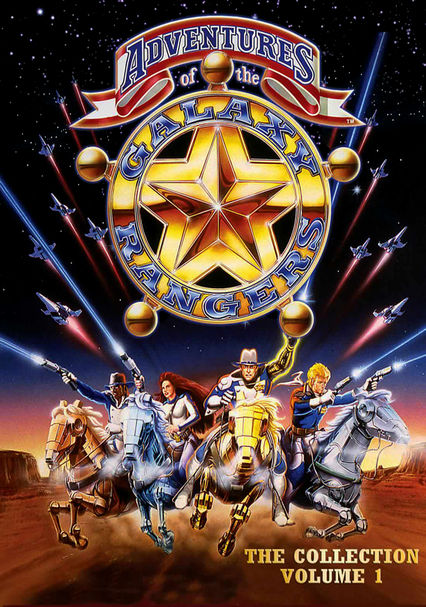 Adventures of the Galaxy Rangers: Vol. 1

1986 NR 4 discs
This futuristic animated series unfolds in the year 2086. Earth has enjoyed a fairly peaceful existence, but becomes vulnerable once again when a visit from friendly strangers leaves a portal in space wide open. The job of keeping the planet safe and secure falls on the shoulders of the Galaxy Rangers, which include Captain Zachary Foxx (voiced by Jerry Orbach), Doc Hartford (Hubert Kelly) and Macross (Ray Owens).

Parents need to know that The Adventures of the Galaxy Rangers is an action-adventure cartoon from the late '80s that blends a futuristic space story with Wild West themes. It's a somewhat bizarre mix, but it does make the otherwise mundane show slightly more memorable for its uniqueness. There are positive messages about bridging cultural gaps in the friendships that develop among the peaceful alien races, and it's always easy to identify the good guys from those with evil designs. Kids might find some of the monstrous aliens a bit frightening, and there's the requisite violence you'd expect from a show about intergalactic battles for dominance, but little of it smacks of reality.

The two sides often exchange firepower between spacecraft and when they face off on solid ground. Ships are shot down or explode, and people hit by the blasts collapse, presumably dead. The Galaxy Rangers also use weapons such as lightsabers, which also debilitate or kill their victims. A main character is taken hostage in the first episode, and the effort to get her back safely is an ongoing theme.

Rarely some name-calling such as "buffoon."

The heroes demonstrate courage, self-sacrifice, and creative problem-solving in their efforts to conquer evil in their galaxy. Alien and human species focus on their common goal of peace rather than on what makes them different from each other. Violence typically is the only means to an end in these struggles for control.