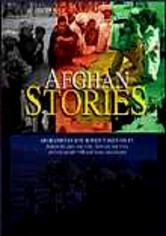 2002 NR 1h 0m DVD
When the United States responded to the 9/11 attacks by invading Afghanistan and ousting the ruling Taliban, it was only another year of strife in a land that had undergone two consecutive decades of war and struggle. This documentary by Taran Davies and Walied Osman puts faces on the pain by introducing viewers to members of the Afghanistan population, including a generation who have never known peace but have not lost hope.