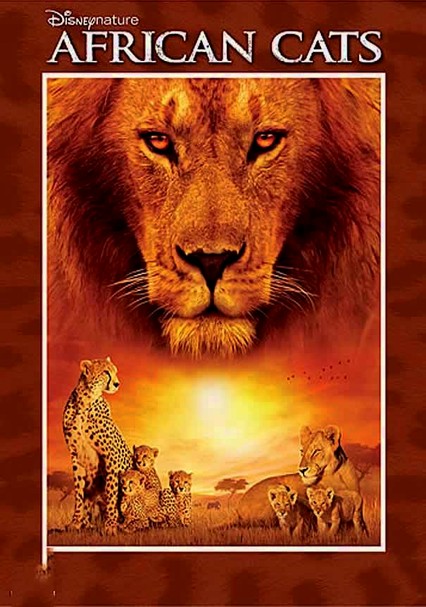 2011 G 1h 29m Blu-ray / DVD
Samuel L. Jackson narrates this Disneynature documentary set on the plains of the African savanna, where tight-knit animal families of lions and cheetahs reveal themselves to be a lot like the rest of us.

Parents need to know that this nature documentary features some breathtaking cinematography of the African savannah, but despite its G rating, there are some potentially upsetting scenes of animals hunting and dying. Nothing is overtly bloody, but the disappearance (and implied death) of a couple of cubs and the death of a central character is likely to disturb young children and squeamish adults. Children will learn about the African savanna, how cheetahs and lions differ in terms of their family groups and hunting styles, and how mothers -- even in other species -- are willing to sacrifice for the sake of their babies.

There are various scenes in which the big cats hunt animals or confront enemies. Some prey animals are killed (no blood, but the predators are shown eating), a couple of cubs don't survive, and a few sequences are filled with suspense and tension that might be overwhelming for young kids. One mother animal dies peacefully.

The movie's messages are quite sweet and family oriented. Layla and Sita are both exemplary mothers who prove that even in the animal kingdom, mothers have an imperative to watch over their young, teach them how to survive, and make tough decisions that will ultimately benefit their offspring.