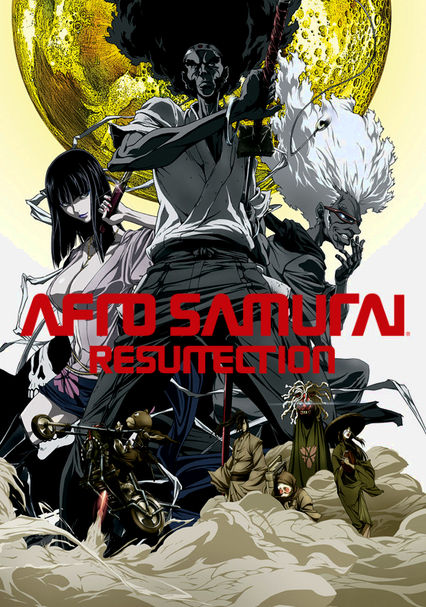 2009 NR 1h 37m Blu-ray / DVD
Samuel L. Jackson returns as the voice of the tortured titular character in this made-for-TV movie sequel to the action-packed "Afro Samurai" series, a groundbreaking hip-hop-infused anime inspired by the work of manga artist Takashi Okazaki. When he learns that the body of his father has been stolen from its grave, Afro and his sidekick, Ninja Ninja (also voiced by Jackson), set out on a bloody trek through futuristic Japan to exact revenge.