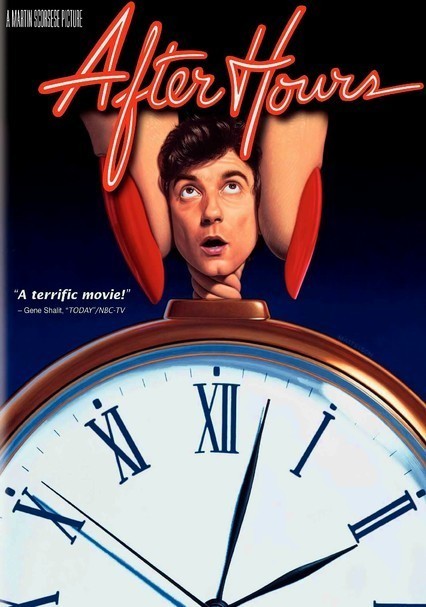 1985 R 1h 37m DVD
Paul Hackett (Griffin Dunne) embarks on a trip to New York City's SoHo district in hopes of hooking up with a recent acquaintance, the beautiful Marcy Franklin (Rosanna Arquette). But Paul loses all his money, and just to get back home he must endure a night of kooks, psychotics, punks and an angry mob trying to kill him. The supporting cast includes Linda Fiorentino, Teri Garr, John Heard and Catherine O'Hara, with Martin Scorsese directing.