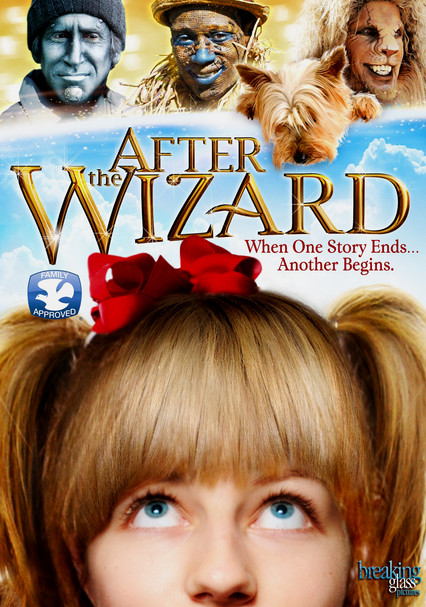 2011 NR 1h 20m DVD
Elizabeth, a 12-year-old orphan girl in modern-day Kansas, imagines that things have not gone well in Oz since the Wizard left and the Scarecrow and the Tin Woodman have come to find Dorothy.

Parents need to know that After the Wizard makes an earnest effort to deliver positive messages and humor and to show the value of all forms of family, though most scenes are too talky and static to effectively deliver these points. Some kids, especially younger ones, may find the story confusing when it moves from the present to the past and back again and later when the film ends without clear resolution. Still, there's nothing objectionable other than some mild suspense regarding the safety of a stray dog, an oncoming tornado, and the possibility of the young heroine having to leave the orphanage to suffer some unstated fate.

A few suspenseful moments: Toto is abandoned on a road and later is in danger of being sent to the pound, where he might be killed if "they run out of space"; a tornado heads toward the orphanage.

Even the best leader can't succeed if the people are selfish, uncaring, and won't work together. And no one, not even the best-intentioned person, can mend every heartbreak or solve every problem. He or she can only give hope and remind us that anything is possible. A book is described as "being rewritten every time it's read," as each reader brings his or her own imagination and experience to the story; characters live in the hearts of those who embrace them.

One very clearly stated anti-smoking message in the dialogue.