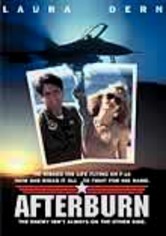 1992 R 1h 43m DVD
When Janet's (Laura Dern) pilot husband, Ted (Vincent Spano), is killed in a military plane crash, the Air Force rules that the tragedy was caused by pilot error. Knowing Ted's skills as an aviator, Janet doesn't buy the story and sets out to uncover the truth. Although she's met with resistance at every turn, Janet is determined to get to the bottom of the mystery and make those who are accountable pay.