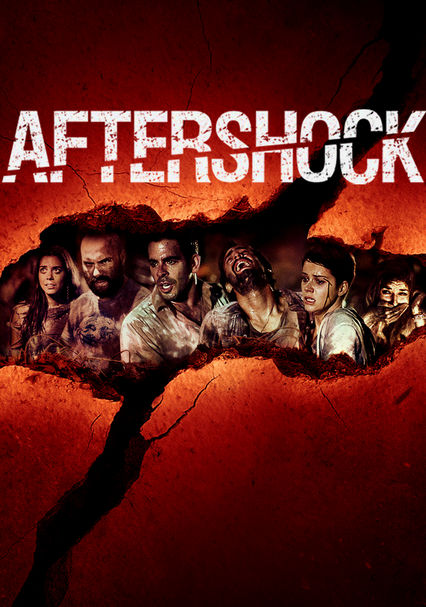 2012 R 1h 31m Blu-ray / DVD
A dim American tourist traveling in Chile convinces three attractive young women to accompany him and his friends to party in a coastal city, but the fun stops when a major earthquake devastates the area and they must fight for survival.

Parents need to know that Aftershock is a horror/disaster movie with lots of gratuitous gore -- including severed hands, people getting impaled with random objects, people on fire and/or being crushed -- as well as some truly brutal rape scenes. There's some nudity involved, lots of innuendo/sex talk, skimpy outfits galore, and plenty of drinking/partying scenes. Language is also strong, with many uses of "f--k," as well as "s--t" and "c--k." Co-writer/star Eli Roth has a strong cult following for having directed the Hostel torture movies, and his fans will want to see this. But it's really not age appropriate for kids of any age.

The characters think and talk about sex a lot. There's strong innuendo, lots of skimpy clothing, and characters intentionally walking and dancing in "sexy" ways. A woman bends over and reveals a suggestive tattoo on her lower back. A man takes a picture of his genitals with a friend's phone (as a practical joke), and viewers see the photo. Male buttocks are briefly shown during the rape sequences.

Brutal rape scenes in which a band of escaped convicts rapes two women. There's lots of blood, people on fire, and people impaled by random objects; if characters aren't crushed, mutilated, or killed in the earthquake or aftershocks, they're shot/murdered by the convicts or by other panicky people. A man loses his hand, and a woman gets her face smashed by a car while climbing out of a manhole. There's a funicular crash in which women and children die. Brief fighting and punching.

Language isn't constant but does contain several uses of "f--k," as well as "s--t," "c--k," "bitch," and "hell." Some swear words appear in subtitles (spoken in Spanish), and others are spoken in English.

Annoying, idiotic people behave in a selfish, cowardly way during a natural disaster. There are one or two exceptions (i.e. people who perform brave or selfless acts), but these people are punished and destroyed. No one learns anything, and life is cruel.

Before the earthquake, characters are constantly checking their iPhones, taking pictures, texting, and phoning.

Characters spend the movie's first third partying in clubs; they occasionally overindulge with drinks, but it's mostly social drinking. Some characters are seen smoking. A woman is supposed to be looking after her sister, preventing her from drinking, but the sister gets drunk anyway. The characters also attend a wine tasting.