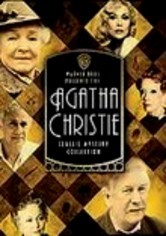 1985 NR 1h 34m DVD
Famous actress Jane Wilkinson (Faye Dunaway) is accused of murdering her British aristocrat husband, and it's up to fastidious Belgian supersleuth Hercule Poirot (Peter Ustinov) to prove otherwise in this made-for-TV whodunit. With Inspector Japp (David Suchet) convinced of Jane's guilt, Poirot must sift through every speck of evidence to catch the killer -- who Jane claims is her doppelgänger, Carlotta Adams. Bill Nighy and Lee Horsley also star.