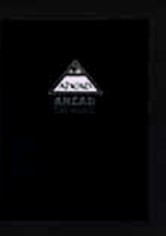 2005 NR 1h 0m DVD
Filmmaker Kamalei Alexander couldn't have picked better subjects for his film than three-time defending world champ Andy Irons and his equally talented brother, Bruce. With his observer's eye, Alexander follows in the brothers' wake, tracing the path they took from their days as newbies at the shore to their success on the championship tour. In so doing, he's collected some of the most thrilling boarding adventures to have been caught on tape.