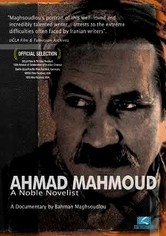 2004 NR 1h 5m DVD
A day laborer, driver and construction worker in his youth, Iranian writer Ahmad Mahmoud doesn't shy away from describing the hardships of life in his native country in his many novels and short stories. This film tells his story. In illuminating the life of this long-overlooked author -- who spent time in prison as a consequence of his political views -- the documentary also exposes the difficulties artists face in Iran.