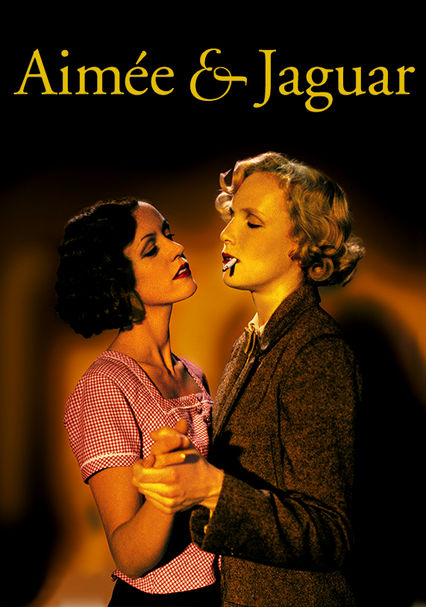 1998 NR 2h 5m DVD
Based on the memoirs of Lilly Wust, this is the story of two women who fall in love in 1943 Berlin: Lilly (Juliane Köhler), the wife of a Nazi officer, and Felice (Maria Schrader), a Jewish journalist. When the two women begin their affair, they rechristen themselves Aimée and Jaguar to help avoid detection. They then set up housekeeping and try to tune out the war, but the Gestapo is never far behind.