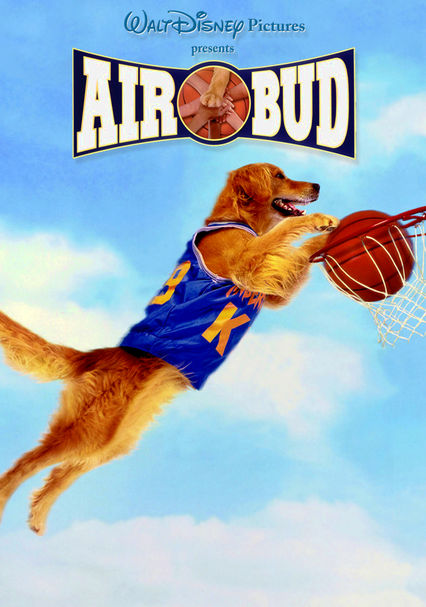 1997 PG 1h 38m DVD
After his father dies, Josh Framm (Kevin Zegers) adopts Buddy, an abandoned dog, just as the boy and his mother move to a new town. Too shy to play basketball, Josh instead manages the team but one night discovers that Buddy can sink hoops. Soon, Buddy's skills inspire the team, helping take them all the way to the championships in director Charles Martin Smith's family comedy that tackles loneliness, hope, wonder -- and a most unusual pet.

Parents need to know that Air Bud, though mostly lighthearted, does depict a child dealing with the death of his father. It also depicts abuse -- animal abuse and the physical abuse of a boy by his coach -- although it makes it clear that both are wrong, and both perpetrators are punished. If you don't have a dog already, be aware that kids may be inspired by this film to bring home stray dogs and try to teach them to play basketball.

The lead tween boy is knocked down on the basketball court by a bully. Animal abuse is implied at the hands of Buddy's first owner. A man recklessly drives a truck in pursuit of his dog, crashing into signs and nearly running over two people enjoying a picnic in the park. Early in the film, Buddy falls off the back of a truck while he's in a crate.

"Sucks," "hell." The lead tween boy in the film is nicknamed "Waterboy" by a taunting bully.

On the basketball court, teamwork is upheld as a positive virtue by the new coach, in contrast with the old coach's philosophy of winning at all costs. The responsibility and care required to take care of a dog is shown in the film, contrasted by the mistreatment Buddy suffers at the hands of his first owner, who exploits him for economic gain and doesn't give him much love or affection.

The antagonist is shown drinking a beer while talking on the phone near a window that is half-filled with stacked beer cans.