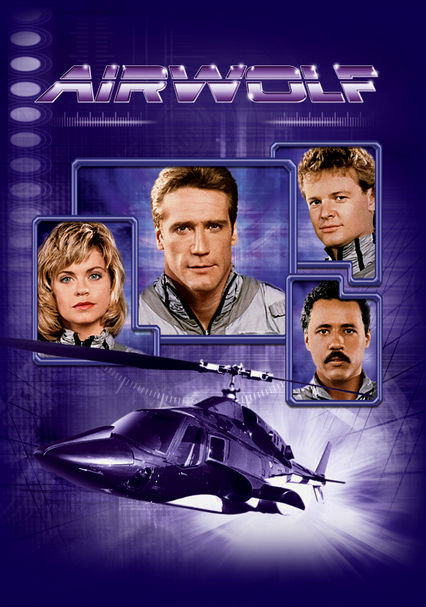 Jan-Michael Vincent returns to the skies as renegade helicopter pilot Stringfellow Hawke in the sophomore season of this action-packed series from producer Donald Bellisario. Get ready for another round of spectacular air battles as Hawke and his high-tech whirlybird take on risky missions orchestrated by the Firm, a surreptitious CIA branch led by the enigmatic "Archangel" (Alex Cord). Ernest Borgnine plays Hawke's sidekick, Dominic Santini.

In this final season, St. John Hawke, the long-lost brother of pilot Stringfellow Hawke, takes the controls of the supersonic military helicopter Airwolf. Joined by a new squad, St. John continues his brother's quest to keep villains on the run.

Parents need to know that Airwolf is a 1980s action series that features Cold War themes, which makes the Russians, East Germans, and Libyans the "bad guys," thanks to the politics of the time. It also has some iffy language, shootings and explosions (guns visible, but little blood), and some drinking. There's also some sexual content, including images of women dancing suggestively in skimpy costumes, and scenes of men and women partially dressed and lying together. Though a bit milder than today's action shows, it's not intended for younger viewers.

Contains some sexy dancing (especially notable during early episodes' opening credits), making out, and mild references to sex. The word "whore" is used.

Guns, bombs, and military weapons are fired, causing explosions and even death. Episodes feature various violent scenarios, punching, beatings, murders, kidnappings, and hostage situations; little blood is visible. Everything has a dated, special-effects feel than lessens the impact of some of the violence.

There's a fairly clear distinction between "good" and "bad," though the b"bad" guys are usually typical '80s enemies like Communists, Libyans, and other political adversaries of the United States in the 1980s. The difficult lives and recovery of military veterans, especially those who fought in Vietnam, is also a theme.

Hawke has an extensive wine cellar; wine and hard alcohol is sometimes consumed.