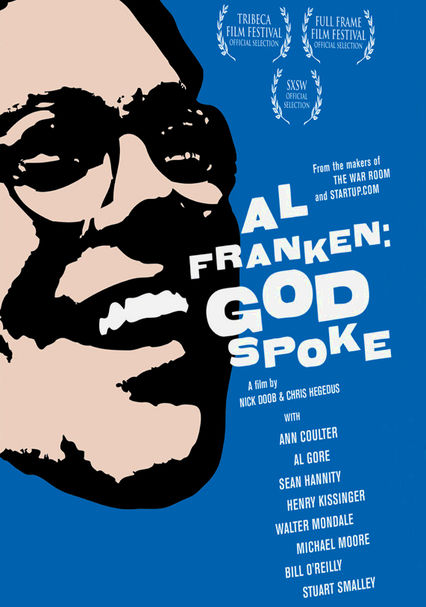 2006 NR 1h 24m DVD
After making his mark as an acerbic comedian and writer on "Saturday Night Live" in the 1970s, Al Franken eventually became a loudmouthed liberal spokesman -- and then a U.S. senator -- channeling his frustrations through humor. Join directing duo Chris Hegedus and Nick Doob as their cameras follow Franken to book signings, campaign rallies and the launch of Air America Radio, documenting his transformation from irreverent funnyman to political force.