Al Manar TV: In the Name of the Hezbollah 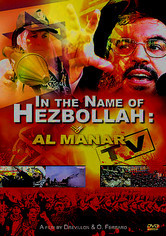 Al Manar TV: In the Name of the Hezbollah

2004 NR 0h 52m DVD
Highly controversial, the Arab television station Al Manar has come under scrutiny for acting as the mouthpiece for the terrorist group Hezbollah, broadcasting incendiary reports and allegedly promoting anti-Semitism. This film goes behind the cameras to explore the practices, perceptions and audience of the station that offers a decidedly different view of Israel than what the Western media depict. Elisabeth Drevillon and Olivier Ferraro direct.