Albert Collins and the Icebreakers: The Iceman at Mount Fuji 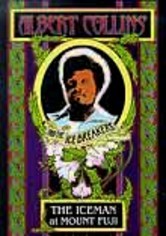 Albert Collins and the Icebreakers: The Iceman at Mount Fuji

1992 NR 1h 30m DVD
Master blues guitarist Albert Collins took the stage at the 1992 Mt. Fuji Jazz Festival and delivered two electrifying performances. On this DVD, you'll get to see previously unreleased material and both sets at the Mt. Fuji Jazz festival, including the songs "Iceman," "Put the Shoe on the Other Foot," "Same Old Thing," "Travelin' South" "Lights Are On but Nobody's Home," "Honey Hush," "Same Old Thing" and "Frosty."