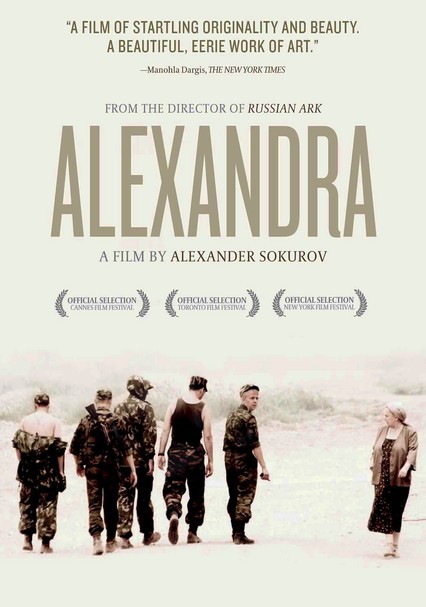 2007 NR 1h 32m DVD
Nominated for a Palme d'Or at the Cannes Film Festival, this meditation on the effects of war from director Aleksandr Sokurov follows an elderly woman named Alexandra (Galina Vishnevskaya) as she travels to Chechnya to visit a grandson posted there. As seen through Alexandra's eyes, the barracks and its inhabitants reveal the staggering costs -- both human and financial -- of endless war.