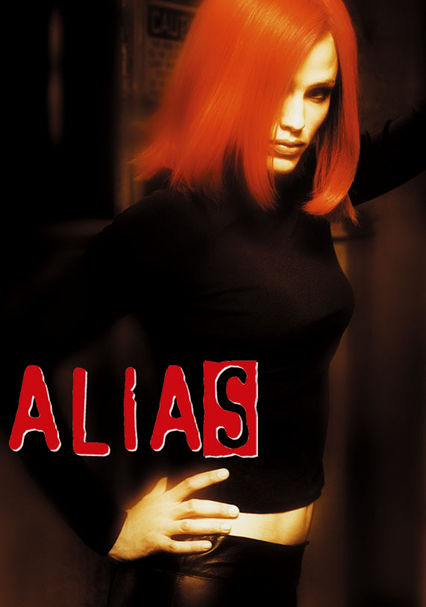 2001 TV-14 3 seasons
Created by J.J. Abrams, this action-packed spy series made a star of lithe leading lady Jennifer Garner, who redefined armed and dangerous as double agent Sydney Bristow, a CIA operative whose mission is to destroy a global crime syndicate.

Jennifer Garner stars in this mystifying series as Sydney Bristow, a grad student who's also a double agent for the CIA and one of its adversaries, SD-6. Bristow transforms herself -- literally and figuratively -- from a rookie into a veteran agent. As she stays constantly on the run from unknown enemies, her penchant for disguise helps her while she contorts through every plot twist and confounding situation. Michael Vartan co-stars.

Super spy Sydney Bristow (Jennifer Garner) is back with a vengeance in this season of ABC's cult hit show. With her double-agent nemesis out of the picture and her way back into Vaughn's (Michael Vartan) arms clear, all of Sydney's ducks finally seem to be in a row. But if there's one thing fans of J.J. Abrams's fast-paced drama know, it's that things in Sydney's world are rarely what they seem. Victor Garber and Kevin Weisman co-star.

A woman of 1,000 disguises, international agent Sydney Bristow (Jennifer Garner) has never had a boring day in her life. In the fifth season of this Emmy-winning drama developed by "Lost" creator J.J. Abrams, Sydney picks up the pieces after a cliff-hanger car wreck with her fiancé, Michael Vaughn (Michael Vartan), who had just been explaining his real identity before they collided with another vehicle.

Parents need to know that this action-packed spy show from J.J. Abrams features a significant amount of violence, including a few graphic shooting deaths and frequent fights. Characters are constantly deceiving one another, which can make it hard to tell for sure who the "good guys" and "bad guys" are. The main character, Sydney Bristow, is a double agent, but her motives are well-meant, and she's a strong, independent role model. The show has a complex mythology that can make casual viewing a challenge, but for teens and adults who embrace it, this is a very entertaining, exciting series.

Words include "bitch" and "damn."

Amid frequent deception, double-crosses, and other forms of manipulation, the show has strong themes about the importance of family, friends, and love. That said, it's often difficult to tell who the true "good" and "bad" guys are, and in many instances, violence is the only method used for dealing with conflicts.

Characters use sometimes use alcohol and "knock out" drugs to catch villains.