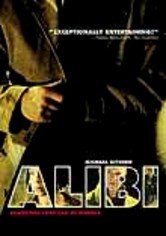 2003 NR 2h 32m DVD
Hired as a waitress for a wedding anniversary party, Marcey (Sophie Okonedo) finds herself in an unusual situation when she discovers Greg (Michael Kitchen) with the corpse of his wife's ex-lover. Marcey decides to help Greg dispose of the body. But then she begins to wonder whether the man's death was an accident -- or if she's helping a murderer. Fearful she's been party to a heinous crime, Marcey tries to figure out how the man died.