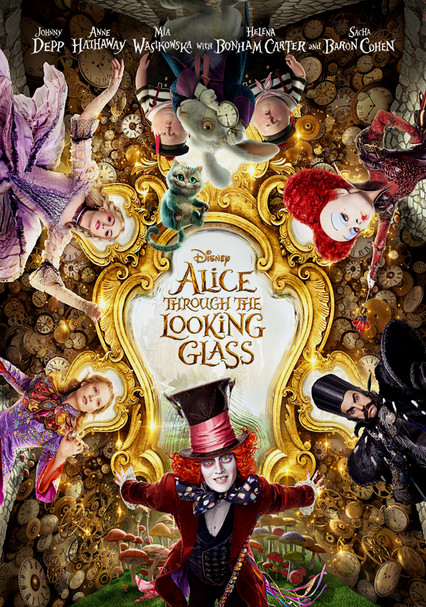 2016 PG 1h 53m Blu-ray / DVD
In this trippy sequel to the 2010 blockbuster "Alice in Wonderland," young Alice returns from several years at sea and again passes through to the magical landscape, where she ends up journeying into the past to try to save the Mad Hatter.

Parents need to know that Alice Through the Looking Glass is the less-violent sequel to 2010's Alice in Wonderland, based on Lewis Carroll's classic tales. Although Mia Wasikowska, Johnny Depp, and other main characters reprise their roles, Tim Burton isn't the director this time. While there are certainly moments of peril and fantasy violence -- including some close calls when key characters seem on the verge of death -- the sequel is actually less scary/bloodthirsty than its predecessor. There's one comical death (someone's time is literally up) and tense moments when it seems like the past, present, and future have been destroyed. Alice's courage and determination make her a force to be reckoned with, even though she's considered "hysterical" back in 19th-century England. Expect some insults along the lines of "imbecile" and "stupid."

Time and the Red Queen hug and briefly hold hands.

In the regular world, Alice is institutionalized and diagnosed with hysteria. She plunges a needle into her doctor to get away from him. Alice's ship is caught in a storm that nearly kills her crew. Use of the chronosphere almost destroys all of Underland. One comical death.

A girl/woman can do whatever she puts her mind to. Family and friends who will help protect you and love you unconditionally are extremely important.