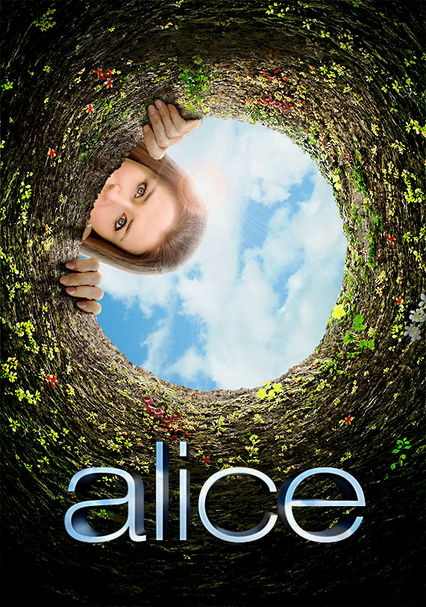 2009 NR
In this reimagining of Lewis Carroll's classic novels, Caterina Scorsone stars as Alice, a young woman who descends into the twisted world of Wonderland after her boyfriend is abducted by the Queen of Hearts (Kathy Bates, in an Emmy-nominated role) and forced to gamble in her royal casino. As the Hatter (Andrew Lee Potts) helps her battle a secret society called the White Rabbit, Alice uncovers the source of the Queen's wicked power. Tim Curry co-stars in this miniseries.

Parents need to know that this classic '70s/'80s sitcom revolves around a widowed mother who wants to start a new life and pursue a singing career but gets sidetracked by a series of responsibilities and unexpected circumstances. Her choice to settle in Phoenix and raise her son is based more on need than desire. While fairly tame by today's primetime standards, the show is full of sharp humor and sexual innuendo, much of which will go over kids' heads. Some episodes late in the show's run (as Alice's son gets older) are a little racier.

Some sexual innuendo -- mostly courtesy of Mel and Flo -- that will probably go over the kids' head. Occasional kissing visible.

Mel often threatens to punch someone or shakes his fist, but he never carries it out. During a hold up, a gun is visible but never fired. In one episode, Alice gets scared and buys a gun.

Alice is a strong woman who works hard and lives independently. The people she works with are her extended family, but her priority is her son Tommy. While the diner staff is mostly women, Mel -- who often makes sexist comments -- clearly runs the place. The cast is Caucasian, but they have occasional Latino and African-American customers. Later episodes feature Tommy drinking and struggling with growing up.

Hard alcohol and cigar/cigarette smoking sometimes visible. Characters are occasionally visibly drunk. In episodes from the show's later seasons, Tommy gets in trouble for drinking and smoking pot.